Data Connectors: Bridging the Gap Between Web3 and Web2

If you’re a developer working in the world of decentralized finance (DeFi), chances are you’ve heard of the Steer Protocol. But what exactly is it, and how can it benefit you? Dive in and find out how Steer Protocol is bridging the gap between web 2.0 and web 3.0.

The Steer Protocol is a decentralized keeper network and off-chain compute protocol that allows developers to build applications using off-chain data. This is made possible by Steer Protocol’s data connectors architecture and its use of WASM (WebAssembly). This is a powerful tool for developers, as it allows them to take advantage of the benefits of off-chain computation, such as reduced transaction costs, improved scalability, and enhanced data accessibility.

Steer Protocol’s goal is to provide the fundamental core infrastructure many web3 developers who are building blockchain-based applications would require. To do this Steer Protocol aims to solve both the computation problems as well as data accessibility problems that plague web3 today. Providing proper data-driven execution allows Steer Protocol to provide the ability for the next generation of applications to blossom by expanding their flexibility and orchestration. 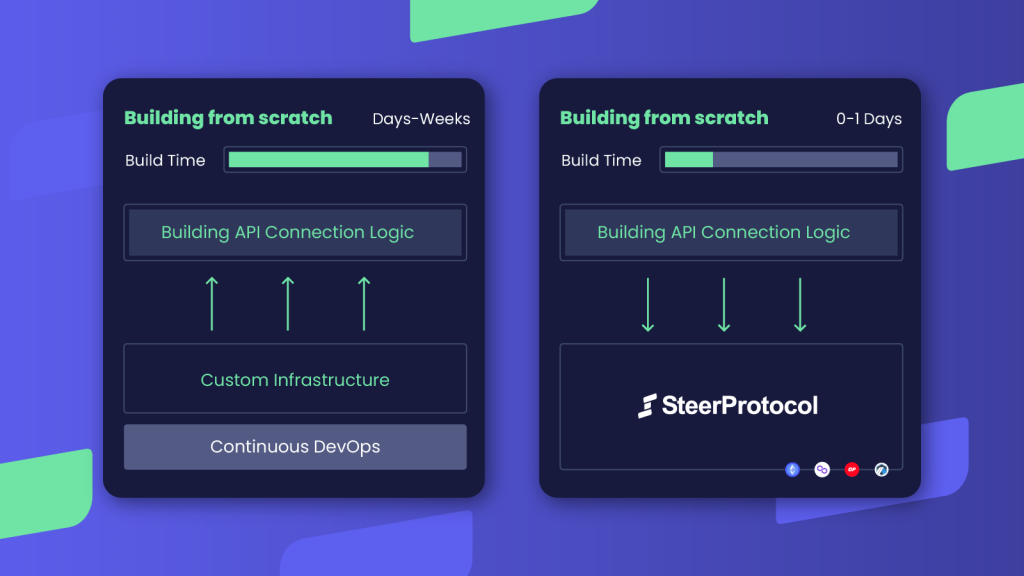 One of the key features of the Steer Protocol is its data connector marketplace. This marketplace allows developers to access a wide range of pre-built data connectors, which can be used to automate smart contracts and other on-chain logic.

Data connector marketplaces are important for data accessibility because they provide a central location for developers to access and integrate various types of data into their applications. These marketplaces make it easier for developers to connect to a wide range of data sources, including databases, APIs, and third-party services, without having to build custom connectors from scratch.

One of the main benefits of data connector marketplaces is that they save time and effort for developers. Building custom connectors can be a time-consuming and complex process, especially if the data source has a complex API or requires specialized knowledge to access. By using a data connector marketplace, developers can easily find and use pre-built connectors that have already been tested and optimized for use. This means that developers can focus on building their applications and adding value, rather than spending time and resources on building custom connectors. 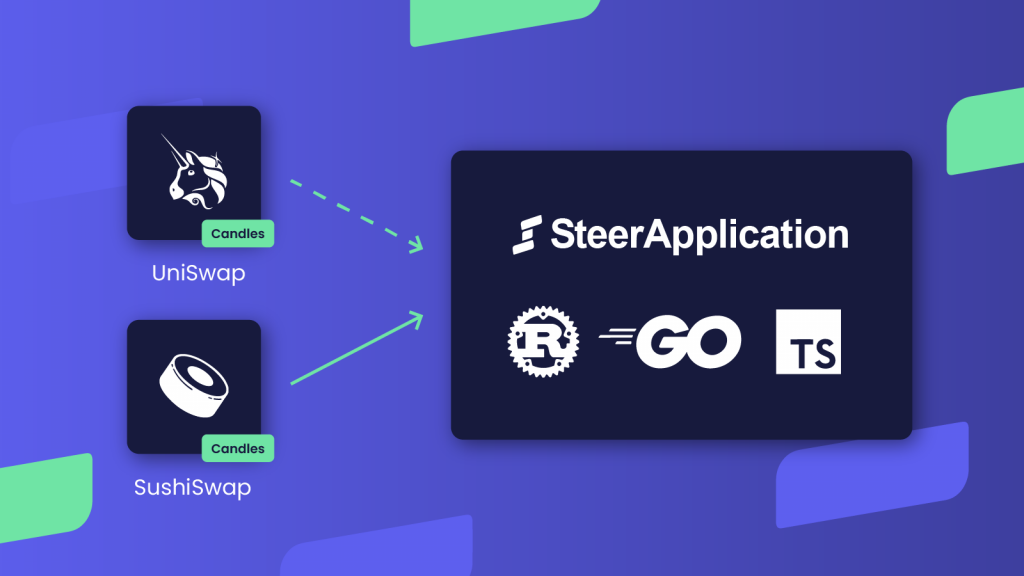 A unique feature of the Steer Protocol is that all data connectors on the platform have designated output types. This means that they are interchangeable, and can be used in a variety of different contexts. This makes it easy for developers to build complex applications and automate their smart contracts, as they can easily connect different data connectors to create the desired functionality.

The main benefit of the interchangeable data connectors in the Steer Protocol is that they can be easily plugged into existing systems and applications. This allows developers to leverage the existing functionality of Steer Applications and build upon them, rather than starting from scratch. Additionally, the ability to use data connectors in a variety of contexts means that developers can easily reuse code and components across different projects, saving time and effort. 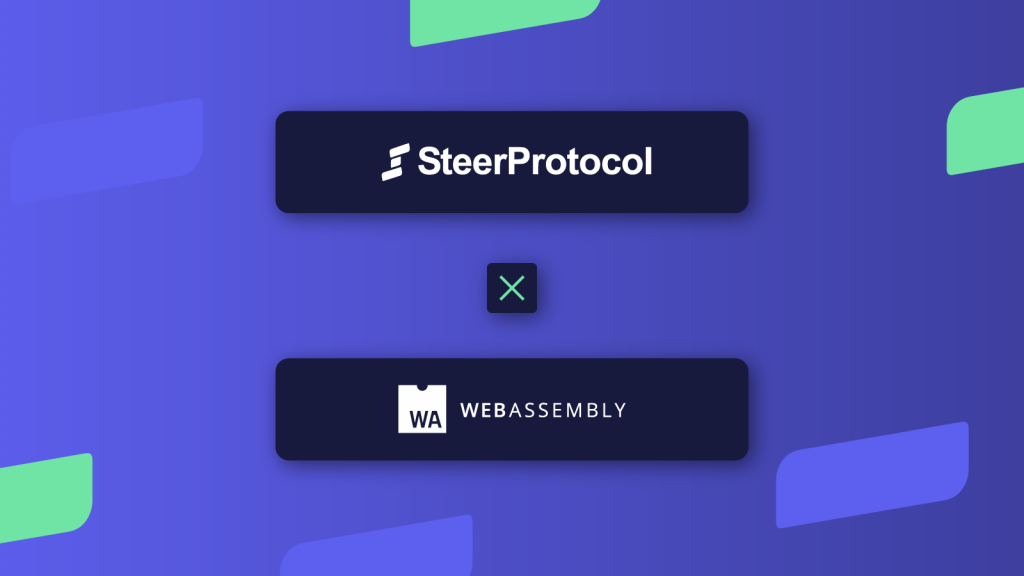 The Steer Protocol offers support for WebAssembly, (WASM). WASM is a binary instruction format for a stack-based virtual machine. It allows developers to write code in a variety of programming languages, and then compile that code to run on the web. This can make it much easier for developers to build applications and data connectors that are fast, secure, and portable.

WebAssembly (WASM) is a low-level programming language that runs in web browsers and other environments. It is designed to be a portable, efficient, and secure way to run code on the web. You can think of it as a secure sandbox for computation. WASM is often used to run applications that are built with languages like Typescript, Go, or Rust, but it can be used to run code written in any language that can be compiled into WASM.

WebAssembly provides several security benefits that make it a secure choice for running code on the web. One key aspect of WASM’s security is its sandboxed execution environment, which isolates WASM code from the rest of the system and prevents it from interacting with sensitive resources or data. This helps to prevent malicious code from accessing or altering sensitive information or performing unauthorized actions on the system.

Developers can easily get started by using our app templates found here: Write your first app 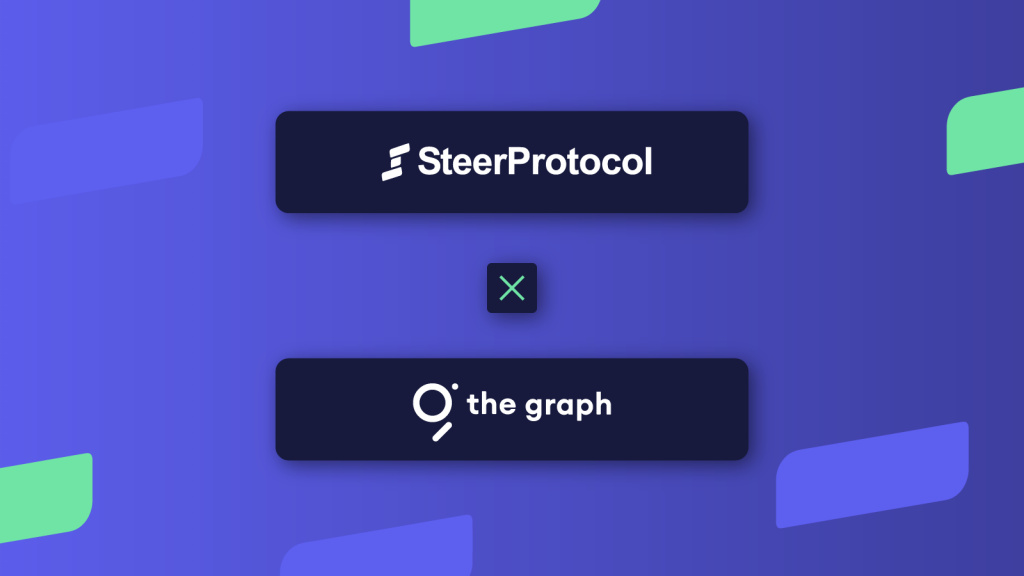 TheGraph is a decentralized protocol that allows developers to build and run applications that can query and index data stored on the Ethereum blockchain. It works by allowing developers to create subgraphs, which are collections of data that are indexed and stored in a way that makes it easy to query and access. TheGraph uses a decentralized network of nodes to index and store these subgraphs, which means that the data is available even if a single node goes offline. This makes TheGraph an important tool for developers who want to build decentralized applications (dApps) that rely on data stored on the Ethereum blockchain.

Many of the data connectors on Steer Protocol are built using integrations with The Graph. By using The Graph, developers can automate their smart contracts and build complex applications that are able to access and process large amounts of data. Steer Protocol allows developers to easily query and indexed data from a variety of different subgraphs and pair them with other off-chain sources, including databases, APIs, and third-party services. This means that developers can build applications that can access and process data from a wide range of venues, which can be particularly useful for dApps that rely on real-time data or data from multiple sources.

In conclusion, the Steer Protocol is a powerful new tool for developers. Its support for WASM, data connectors, and The Graph make it an attractive platform for building off-chain applications and automating smart contracts. Its decentralized architecture ensures that it is open and accessible to all, and its support for off-chain computation allows for improved scalability and reduced transaction costs. If you are a developer looking to build decentralized applications, the Steer Protocol is definitely worth considering.

If you’re interested in learning more about the Steer Protocol and how it can benefit your smart-contract development or liquidity management efforts, we encourage you to check out the following resources:

Stay up to date!

Our team would love to talk to you!

Reach out via Twitter or Discord and the team will respond as soon as possible.

Looking to partner or integrate? We’d love to talk to you.

Don’t miss out on important protocol updates – sign up for email notifications now!